The Duel – full title The Duel: A Military Story – was first serialized in The Pall Mall Magazine (UK) in early 1908, and later that year in the US as The Point of Honour in the periodical Forum. It was later collected in A Set of Six in 1908 and published by Garden City Publishing in 1924. The other stories in this collection of Joseph Conrad’s tales are are Gaspar Ruiz, An Anarchist, The Informer, The Brute, and Il Conde. 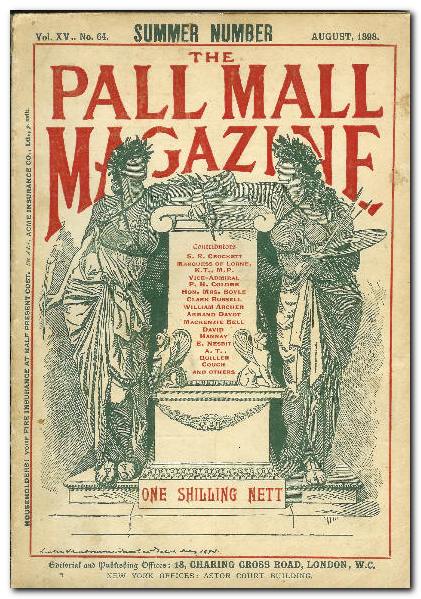 This is another of Conrad’s stories with the Napoleonic wars as a background (the others being The Inn of the Two Witches (1913) and The Warrior’s Soul (1915). Perhaps Conrad was looking back on a previous period in history which engulfed a whole continent in wars. The sad fact is that none of these historically-based tales are at all satisfactory from an artistic point of view when compared with his best work.

You can see the points Conrad is making easily enough in this tale. An innocent man is challenged according to a Code of Honour he feels duty bound to accept. His antagonist is vengeful, petty, and jealous. The duel to establish someone’s honour is a complete waste of time. D’Hubert does everything he can to give Ferand satisfaction: he even ends up secretly providing him with a pension – but still the blaggard Ferand continues to nurture what he sees as his legitimate but unfulfilled grievance.

The rules of duelling varied (slightly) from one country to another, and they changed over time – from their origins in the chivalric age to their expiry in the nineteenth and twentieth centuries. But no rules of engagement ever recorded permitted hiding behind trees. That would be completely contrary to the whole notion of gentlemanly behaviour and sporting ethics. It’s a puzzle why Conrad should make such a blunder when he is normally so accurate with the technical details of the things he describes.

But then, if ever a tale was spun out way beyond its natural length, it’s The Duel, which later became more ironically titled A Point of Honour. It suffers from all the weaknesses of Conrad’s shorter fictions – repetition, shifting locations, weak structure, and unconvincing historical context. It is just possible that because the tale was serialized in The Pall Mall Magazine that Conrad was tempted into these literary excesses.

The Duel – CreateSpace editions – Amazon US

Part I.   Lieutenant Armand D’Hubert calls at the house where Lieutenant Ferand is billeted in Strasbourg, in search of information on his whereabouts. Ferand has risen early, fought a duel with a civilian and injured him, then gone out to call on a woman who holds a salon. D’Hubert goes to the house and transmits to Ferand the official message that he must return to his quarters and remain under arrest. Ferand is annoyed, and cannot see that he has done anything wrong. D’Hubert explains that his opponent’s civilian friends are well connected and have made complaints. When the two men return to the house Ferand threatens D’Hubert for disturbing his afternoon. Ferand draws his sword and challenges him to a duel on the spot, in the rear garden. D’Hubert realises that Ferand seriously wishes to kill him, and that the duel will get both of them into trouble, but he manages to strike a damaging blow to Ferand, which cuts his arm. D’Hubert then visits the regimental surgeon and sends him to attend Ferand. He is annoyed with Ferand but glad he has not killed him.

D’Hubert is disgraced and reduced to the ranks. Then he is visited by the surgeon who tells him that Ferand, having now recovered, intends to continue the dispute with a further duel. The public assume that there must be a very serious difference between the two soldiers to make them risk their reputations in this way.

Part II.   Various theories are advanced in society to try to explain the conflict. The two men arrange another duel, in which D’Hubert is slightly hurt. Their seconds urge a reconciliation, but it does not take place. There is a proposal to appoint a deciding Court of Honour to resolve the dispute, but Ferand prefers to say nothing.

The colonel of D’Hubert’s regiment is concerned, takes a parental interest, and asks for an explanation. D’Hubert refuses to go into details, but assures him it is a matter of honour – both personal, and for the regiment. The colonel imposes a twelve month ban on any further duelling, during which time D’Hubert is promoted. This renders any further challenge impossible under the codes of duelling, because of the differences in rank of the disputants.

Ferand then seeks and gains promotion, which leads to another duel. This leaves them both cut to ribbons. After they recover D’Hubert is promoted again onto the personal staff of a marshall. Ferand cannot stand the idea of having to take orders from him. The next duel takes place on horseback at dawn in Lubeck. D’Hubert inflicts a single damaging blow to Ferand’s forehead and the duel is stopped. Both men stay on in the army, and gradually grow older.

Part III.   During the retreat from Moscow in Napoleon’s disastrous campaign, the two men are yoked in misery and defeat, but choose to ignore each other. However, they co-operate in military terms, and even help each other to survive. D’Hubert becomes dressed in a bizarre collection of old clothes collected from the wreckage of the retreat. He wants a peaceful life, and even begins to doubt the wisdom of Napoleon. However, his good conduct is favourably noticed by the ‘Emperor’, and when he is promoted to a general, this inflames Ferand’s rivalry.

D’Hubert is badly wounded, and recuperates at his Royalist sister’s home in the south of France. Then he is despatched to Paris and is introduced to a girl who he plans to marry. Napoleon is on St Helena, and the royalists plan to persecute Ferand. D’Hubert intervenes with the Minister of Police, and has Ferand’s name removed from the list of Bonapartist officers due to be punished (executed).

As a result, Ferand is retired from the army and banished to an obscure town in the middle of France. Instead of being grateful, he is outraged at the indignity, and plans yet another duel with D’Hubert.

Part IV.   D’Hubert is in love with Adele, the girl his sister has chosen for him, though she does not seem to reciprocate his feelings. But Ferand’s seconds catch up with him and present the renewed challenge. D’Hubert consults Chevalier de Vallmassigne, Adele’s royalist uncle, who suggests he can refuse the challenge – but D’Hubert feels unable to do so. He sees it as an inevitability he must face.

The duel takes place early next morning with pistols. D’Hubert nonchalantly eats an orange before the contest [a nod to Pushkin’s Eugene Onegin] . Ferand fires twice, but misses D’Hubert who hides behind trees, then spares his rival’s life yet again by conserving his two unspent shots for any time in the future.

He gets back home to find that the Chevalier de Vallmassigne has told Adele what has been going on, and she has. run all the way to D’Hubert’s house in anxiety about his wellbeing. This effectively reveals the true state of her feelings towards D’Hubert, who is overjoyed. They are married, after which D’Hubert writes to Ferand revoking his two-shot advantage, and even names one of his two sons after him, and (secretly) pays a pension to him for his upkeep in retirement. But Ferand remains unreconciled.