the memoirs of Frances Partridge

Beautiful, well read, and educated at Cambridge, Frances Partridge was a member of the Bloomsbury Group and until quite recently the last survivor of the group’s most famous love quadrangle. Love in Bloomsbury is a collection of her memoirs, which sketch out her childhood and adolescence, then focus on that celebrated quartet, two of whom were doomed, the other two survivors. Her story begins and ends in Bloomsbury, because she was raised in an upper middle-class Edwardian family in Bedford Square.

She was the youngest of a large family which also included her sister Ray Marshall, the painter (who later married David Garnett). They were friends of both the Stracheys and the Stephens (Virginia Woolf‘s family) and her education included school at Queen’s College, Harley Street (which Katherine Mansfield also attended) then Newnham College Cambridge, where she graduated in English and Philosophy.

Her introduction to the Bloomsbury set was via her job at David Garnett’s bookshop. She gives a vivid account of parties, dancing, and the heady artsy-Bohemian atmosphere which flourished after the first world war. There are character sketches of all the principal Bloomsberries, Virginia Woolf, her sister Vanessa Bell, and Roger Fry, though like most of them when it came to writing their memoirs, she is extremely discreet and gives little away about the background to what were in some cases quite extraordinary liaisons.

She formed a relation ship with Ralph Partridge, who was at that time married to Dora Carrington, who in her turn happened to be in love with Lytton Strachey, with whom Carrington lived – though there is no open acknowledgement of the complex sexual relationships between the principals. You would never know from this for instance that Dora Carrington had affairs with women as well as men. 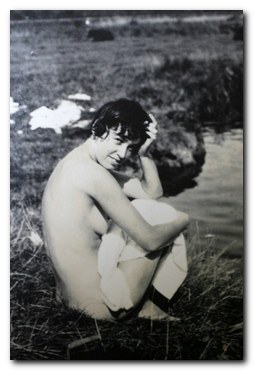 There are some delightful vignettes: a long summer weekend at Charleston with Vanessa Bell and Duncan Grant, then a visit to Gerald Brenan‘s house in the Spanish Alpujarraras (which he describes in his classic, South from Granada).

Lots of famous names flit through the pages – Arnold Bennett, Princess Bibesco, Cyril Connolly, Maurice Chevalier, and even Ludwig Wittgenstein. At one point, once her relationship with Ralph Partridge has become established (there was a rather hurried marriage) a child appears – only to disappear seven words later.

In the second part of the book her account centres on the late 1920s, reaching its climax in the death of Lytton Strachey and the subsequent suicide of Dora Carrington. After that, the narrative comes to a quiet ending, celebrating the central Bloomsbury belief that friendship ought to be cherished and celebrated.

I actually enjoyed the earlier schoolgirl and student years of her account more than the later, though her confirmation of some of the famous Bloomsberry anecdotes that one has read elsewhere does help to authenticate their veracity.

It should also be said that the writing is very stylish and poised. Frances Partridge went on to become a prolific writer in her later years, translating from French and Spanish, including work by the Cuban Nobel prizewinner Alejo Carpentier, but mainly devoting herself to her memoirs of the years which follow these.