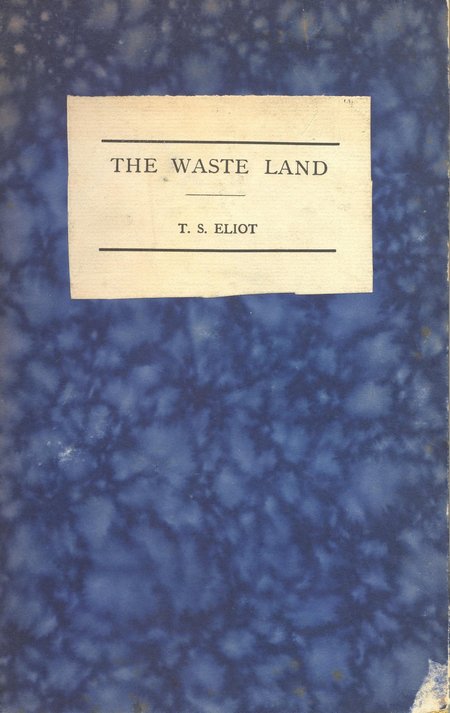 This was published three times in America before it appeared under the Hogarth Press imprint. First it had been published in Criterion (October 1922), the magazine of which Eliot himself was editor, which was funded by rich patroness Lady Rothermere. Then it was published in Dial the following month, still without the famous explanatory ‘notes’. Finally it was published in book form by Boni and Liveright in December 1922.

Eliot himself suggested that the explanatory notes were an addition of ‘bogus scholarship’ devised to bulk out the number of pages in an otherwise slim publication. Virginia Woolf set the entire poem in type herself. It was issued in an edition of 470 copies with blue marbled boards probably prepared by Vanessa Bell. T.S. Eliot earned £7 5s. in royalties.

The Waste Land went on to become one of the most famous texts of the modernist movement – along with Virginia Woolf’s Mrs Dalloway and James Joyce’s Ulysses – and an iconic publication for modern poetry.