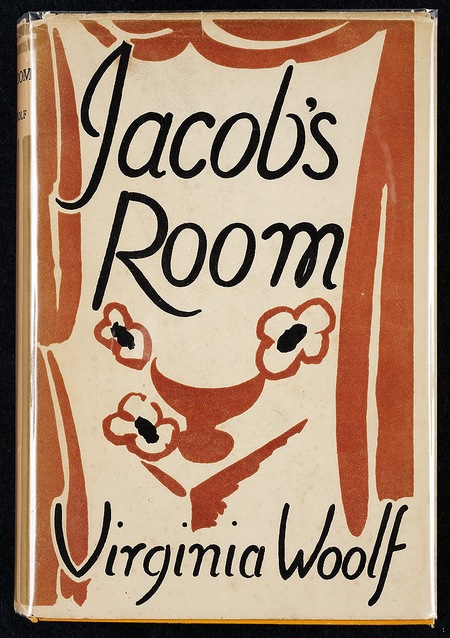 This was the first of Virginia Woolf’s novels to be self-published. She took the opportunity of being free from someone else’s editorial control to push the boundaries of her experimental literary technique. It thus marked an important step in modernism and a breakthrough to a greater degree of self-confidence in her work.

The publication of Jacob’s Room includes a series of firsts in and of itself. It is the first novel published by the Press: it is also the first book to have a dust jacket…The dust jacket for Jacob’s Room was a “collaborative effort: Vanessa made the drawing, Virginia chose the terra-cotta colouring, and Leonard Woolf advised alterations to the lettering”. The dust jacket, however, was not well received. Leonard recalls that because the design “did not represent a desirable female or even Jacob or his room, and it was what in 1923 many people would have called reproachfully post-impressionist. It was almost universally condemned amongst the booksellers”.