>> Home / Archives for A New History of Jazz 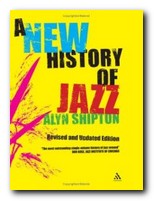