>> Home / Archives for Fear and Politics 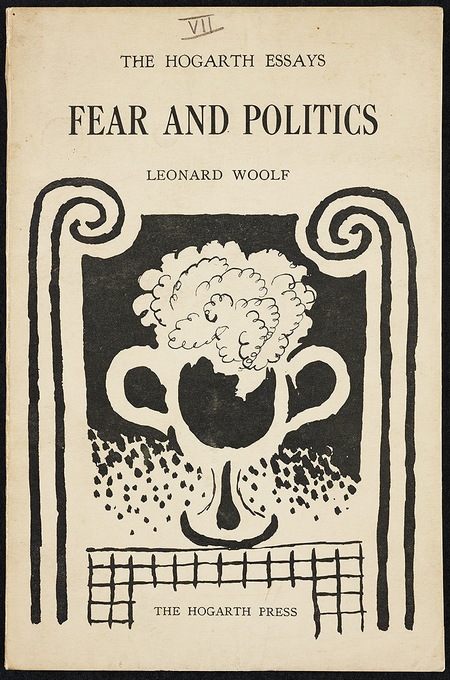 This is number 7 in the first series of Hogarth Essays, which began in 1924. It was the first of Leonard Woolf’s political contributions to the press. Cover design by Vanessa Bell. In his essay, Leonard writes from the point of view of the animals in a zoo:

“Human beings delude themselves that a League of Nations or Protection or armies and navies are going to give them security and civilization in their jungle.” According to the narrator, who is an elephant, humans “are the savagest race of carnivora known in the jungle, and they will never be happy and civilized, and the world will never be safe for democracy or for any other animal, until each human animal is confined in a separate cage.”