The Point of View is rather unusual in Henry James’s oeuvre, in that it was first produced by Macmillan in London as a privately printed edition in 1882 for which James himself paid. He did this in order to protect his copyright to the text at a time before the introduction of international agreements between America and the United Kingdom, which did not come into force until the 1890s. The story first appeared in The Century Magazine in December 1882, then in single volume collections of his tales in 1883, followed by a Tauschnitz ‘European’ edition the following year. 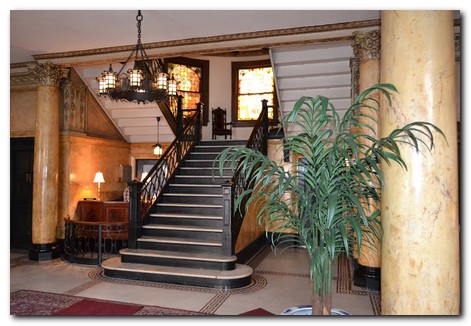 The Point of View – critical commentary

The Point of View is at face value nothing more than a collection of satirical sketches poking fun at various character types – the enthusiastic young woman (Aurora), the snobbish over-protective mother (Mrs Church), the jaded aesthete (Louis Leverett), the upper-class English bore (Mr Antrobus) – and so on. And their views of society on reaching America obviously reflect in exaggerated form some of James’s own ambiguous feelings about his native land and his ever-active interest in the relationship between Europe and America. But if the story is viewed in the context of the two tales that precede it – The Pension Beaurepas (1879) and A Bundle of Letters (1879) – it takes on a deeper set of meanings.

We know for instance from The Pension Beaurepas story that Aurora Church was feeling oppressed by the European conventions regarding young women in which her mother has held her trapped for most of her young life. She has been educated – in terms of art galleries and museums – but has never been allowed out alone even though she is of an age to marry.

She therefore sees America as the land of democratic freedom which will permit her to mix with whoever she wishes, and possibly find her own husband. The fact that she has failed to do so at the end of The Point of View does not invalidate the positive gesture in favour of the human spirit that her ‘escape’ from Europe represents.

Similarly, Louis Leverett, the over-developed art lover from the earlier story A Bundle of Letters expresses an almost hysterical hatred for the Boston hotel in which he finds himself. But we know from his appearance in A Bundle of Letters to be an over-refined name-dropping poseur – so his criticisms should not be taken at face value. In fact his characterisation seems to represent almost a satirical portrait of James himself – the American viewing his homeland after many years living in Europe.

But it is the sane and sober observations of the fifty year old Miss Sturdy which are probably a closer match to James’ own true views. In fact James also includes a cameo satirical portrait of himself in the letter of the french critic Gustave LeJaune reporting on the absence of American culture to a colleague back in Paris:

They have a novelist with pretensions to literature, who writes about the chase for the husband and the adventures of the rich Americans in our corrupt old Europe, where their primeval candour puts the Europeans to shame. C’est proprement écrit; but it’s terribly pale.

And if you wish to see Henry James as a social and political prophet, you need look no further than these lines, penned by Marcellus Cockerel, a pro-Yankee character, tired of world travel, and glad to be back home:

Our salvation is here [in America], if we have eyes to see it, and the salvation of Europe into the bargain; that is, if Europe is to be saved, which I rather doubt.

Once one feels, over here, that the great questions of the future are social questions, that a mighty tide is sweeping the world to democracy, and that this country is the biggest stage on which the drama can be enacted, the fashionable European topics seem petty and parochial.

In England they were talking about the Hares and Rabbits Bill, about the extension of the County Franchise, about the Dissenters’ Burials, about the Deceased Wife’s Sister, about the abolition of the House of Lords, about heaven knows what ridiculous measure for the propping-up of their ridiculous little country. And they call us provincial!

Those words come from a story written one hundred and twenty seven years ago, but they might have been written last week.

[I have artificially created the three separate paragraphs in the quotation above for the sake of clarity. In the printed text there are no paragraphs. Each correspondent’s letter is a continuous block of text, with no paragraphs.]

The Point of View – study resources

The Point of View – eBook formats at Project Gutenberg

The Point of View – story synopsis

Part I.   Aurora Church, a young American woman, is on a transatlantic liner, returning to the USA after an extended stay in Europe with her mother. She writes to a friend in Paris about her liberating sense of excitement of returning home, and the people she has met during the voyage. As a Europhile, her mother is not looking forward to the experience, and she has failed to find a husband for Aurora because she has no dowry. Aurora recounts how she has been pursued on board by Louis Leverett, a pretentious Bostonian would-be belle-lettrist and Mr Cockerel, an American lawyer who is resolutely pro-USA.

Part II.   Having arrived in New York, Mrs Church writes to her Calvinist friend Madame Galopin in Geneva. She complains about the country in general and her lodgings in particular. She bemoans the lack of social distinctions and the fact that she cannot ascertain the incomes of the young men who are paying court to Aurora. She has agreed to let her daughter live by American standards for a test period of three months. Mrs Church’s manner is comically snobbish, convoluted, and self-regarding.

Part III.   Miss Study, at Newport, writes to an American friend back in Florence. She sees the positives and the improvements in American life, and recounts her inviting the Englishman Mr Antrobus to stay at Newport. She is alert to the changes in American-English language, and she feels the predominance of American youth to be an overwhelming feature of modern life, and their propensity to talk a great deal, without being able to talk properly.

She notes that American girls are permitted social freedoms which would be denied to them in old Europe – and that society is the better for it. She admires the democratic spirit of her homeland, even though she admits it brings people to a less variegated common level than in Europe.

Part IV.   Mr Antrobus writes from Boston to his wife back in England in a pompous and didactic manner, giving her a sociological account of his impressions. He is visiting schools and colleges, and even though he is supposed to be a radical (a liberal) he regrets that America does not have a class of aristocracy. He also travels with his own tin bath tub. He goes into comically excruciating detail about what might or could have been the case on every topic he discusses.

Part V.   Louis Leverett, the Boston aesthete, writes to his friend back in Paris complaining bitterly about the conditions in his hotel and the absence of European sophistication that he has left behind. He argues that the democratic spirit of the USA reduces everything and everybody to an undistinguished mediocrity.

Part VI.   The French critic Gustave LeJaune writes from Washington to his friend in Paris complaining about the size of the USA and the lack of manners in the general public. He is writing an official study of America as (the most important visitor since de Tocqueville). He complains about the lack of culture, the size and content of the newspapers, and the lack of social markers of distinction which permits a social free-for-all.

Part VII.   The American Marcellus Cockerel returns after three years of touring the world and writes to his sister in California saying how pleased he is to be back in the USA, even if it is a vulgar society. He gives a jaundiced account of how much he hated being in Paris in particular, and vows that he will never return to Europe again. He excoriates the traditional pageantry and rituals of old Europe and argues that America is better off without them, no matter how much they are revered.

Part VIII.   Aurora writes that she has come to the end of her three months of freedom, and has failed to meet anyone she would wish to marry. However, her mother has decided that they ought to move out to the West where is will be cheaper to live – and Aurora wonders if she might meet a rich Pioneer.

The Point of View – characters