A Haunted House first appeared in Monday or Tuesday (1921) – a collection of experimental short prose pieces Virginia Woolf had written between 1917 and 1921. It was published by the Hogarth Press and also included A Society, Monday or Tuesday, An Unwritten Novel, The String Quartet, Blue and Green, and Solid Objects.

First time readers of this story are likely to be bewildered by Woolf’s very indirect form of narrative, the lack of formal identification of anybody in the story, and her switching between one pronoun and another.

In the opening sentence – ‘Whatever hour you awoke’ – she is using you in the sense of one, not speaking of any person in particular. In the very next sentence – ‘From room to room they went’ – they refers to the ‘ghostly couple’ who are re-visiting the house in search of something.

They are referred to as she and he in what follows, but in their imagined conversation – ‘Quietly’ they said, ‘or we shall wake them’ – the them refers to the couple who currently occupy the house, one of whom is the narrator of the story.

And the point of view switches back to the narrator, who confirms ‘But it wasn’t that you woke us’, and goes on to observe ‘They’re looking for it’. At this point it is not at all clear what it refers to. It appears be something like the spirit of the house: ‘Safe, safe, safe,’ the pulse of the house beat gladly, ‘The treasure yours.’

The ghostly couple then revisit their old bedroom, where the current occupants are asleep. They reflect on their own previous happiness there, which parallels that of the current occupiers, and the narrator, who has been imagining the visiting ghosts, awakens to wonder if the hidden treasure they were seeking was a sense of joy at living there.

An un-named narrator and one of the current occupants of an old house recounts the impression of a visit to it by previous occupants in the form of ghosts.

The ghostly couple are in search of something, and move through the rooms, whilst the narrator is reading in the garden.

The house and its garden are evoked with rural images, shafts of light and shade, and the passage of time and seasons. 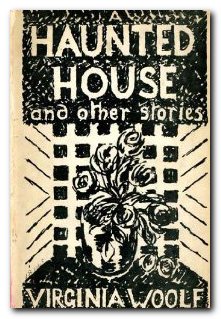 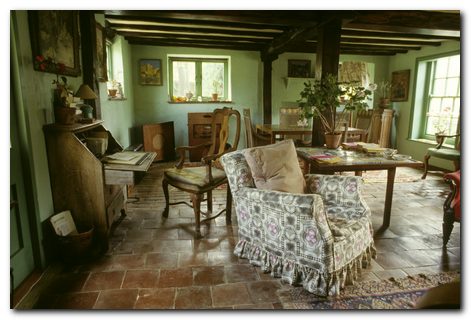