>> Home / Tutorials / Conrad - Tales / Because of the Dollars

Because of the Dollars was written in 1914, and first appeared as part of Joseph Conrad’s collection Within the Tides published by J.M. Dent and Sons in 1915. The other stories in the volume were The Partner, The Inn of the Two Witches, and The Planter of Malata. 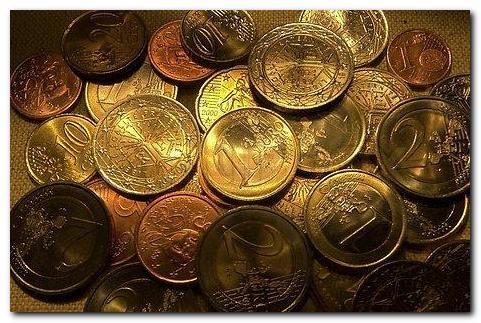 Because of the Dollars – critical commentary

This story features a very typical Conradian dramatic situation – an honourable protagonist in an isolated and vulnerable position, threatened by ruthless villains, and usually with the added complication of a woman on hand for whom the hero feels a gentlemanly sense of responsibility. It’s a situation he used in novels from Lord Jim (1900) to Victory (1915). In this instance there is the additional consideration of a sick child thrown into the plot.

Fortunately for Davidson, he is at least armed with a revolver, and his prime foe the Frenchman has the disadvantage of having no hands. This however does not stop him killing the innocent woman in question, Laughing Anne, who ironically has tied the seven pound weight to his arm stump with which he kills her.

But even after he survives the attempt to rob him of his dollars, his travails are not over. Honourably taking it on himself to look after Laughing Anne’s son Tony, he runs up against the suspicions and ire of his own wife. She suspects that the child is Davidson’s. This is an interesting point, since Laughing Anne is more or less a prostitute, and she does know Davidson from the past. The connection is not impossible, but does not seem to be substantiated by anything else in the text.

Moreover, Mrs Davidson has been flagged up by Hollis earlier in the story as a less than completely sympathetic character:

What I noticed under the superficial aspect of vapid sweetness was her convex, obstinate forehead, and her small, red pretty, ungenerous mouth.

Davidson himself however is universally regarded as ‘a good man’ – so the tale is a cautionary reminder that even good men may suffer misfortune and injustice in pursuit of doing The Right Thing.

Because of the Dollars – study resources

Because of the Dollars – CreateSpace editions – Amazon UK

Because of the Dollars – CreateSpace editions – Amazon US

Because of the Dollars – eBook versions at Project Gutenberg

Because of the Dollars – plot summary

Part I.   An un-named outer narrator and his friend Hollis see captain Davidson on the harbour front of an Eastern port. Hollis relates the background story of his character and life, explaining why he is known as ‘a good man’ . Davidson is the commander of the Sissie , which is owned by a Chinaman. When a new printing of dollars is issued, Davidson collects packages of the old silver dollars from people in the ports where he calls. His wife thinks that transporting currency might be dangerous, but he believes that nobody else can take his place. He also wishes to call on Bamtz, a loafer who has taken up with fellow drifter, Laughing Anne. When Davidson first called at the remote island of Mirrah he was recognised by Anne as an old friend. She explains that she has settled with Bamtz for the sake of her child Tony.

Part II.   In a quayside bar the blackmailer Fector overhears Davidson’s plans to collect in the old dollars, and he recruits thugs Niclaus and the Frenchman (who has no hands). After collecting dollars, Davidson arrives late at night at the Bamtz house to find the three men with Bamtz, waiting for him. Anne’s son Tony is ill with a fever. Whilst she and Davidson attend to him she warns him about the Frenchman, who that day has asked her to tie a seven pound weight to the stumpt of his right arm.

At night the thugs attack the ship to steal the silver, but Davidson is armed with a revolver and scares them off. The Frenchman realises that Anne has given their plans away, and in the melee that ensues he bludgeons her to death with the weight. Davidson feels that she has somehow died to save him, and he feels guilty. However, he rescues the child.

Davidson buries Anne at sea and gives the child to his wife to look after. However, his wife suspects that the child is actually his, and she turns against both of them. Eventually, even though he tells her the whole story, she leaves him and goes back to her parents. The boy is sent to a church school in Malacca, where he eventually does well and plans to become a missionary. Davidson is left alone with nobody – which is where the story began.

Because of the Dollars – principal characters