>> Home / Archives for An Imaginative Woman

An Imaginative Woman was first published as a serial in Pall Mall Magazine in 1894. It was originally part of Wessex Tales (1896) but Hardy moved it into his collection Life’s Little Ironies (1912) for reasons that he explains rather cryptically in his preface, but which throw some light on how he meant it to be understood:

turning as it does upon a trick of Nature … a physical possibility that may attach to a wife of vivid imaginings, as is well known to medical practitioners and other observers of such manifestations.

There isn’t actually any ‘medical’ issue involved in the denouement of the story, so Hardy seems to be indulging in a little teasing provocation in this explanatory note. But it does hint at the crucial dramatic irony on which the story hinges that is discussed in the critical commentary below. It’s one of a number of stories Hardy wrote on the theme of injudicious or unsatisfactory marriages – For Conscience’ Sake and To Please His Wife are other typical examples. And of course Hardy had his own experience as first hand evidence of early-life romances which can lead into middle-aged misery.

Contemporary readers can be forgiven if they do not spot the very delicate but crucial irony that Hardy inserts into the pivotal scene in the story when Ella undresses herself for a quasi-erotic solitary contemplation of Trewe’s photograph. Her rapture is interrupted when her husband Marchmill returns unexpectedly, and after refusing her hint that he sleep in another room (a passage from the original manuscript omitted from The Pall Mall Magazine publication) he kisses her and says “I wanted to be with you tonight.”

The very understated implication is that they have sex together that particular night. It was impossible to be explicit about such matters, writing at this time. So Marchmill’s final suspicion at the end of the story that his wife has been unfaithful to him during their holiday is doubly ironic. It was something she was trying desperately to achieve – but failing to do so. But the major point is that the child is certainly Marchmill’s, even though he rejects it.

The reader knows that Ella never gets to see or meet Trewe, even though she puts on his clothes, worships his photograph, and sleeps in his bed. Marchmill on the other hand is oblivious to his wife’s feelings and aspirations throughout the story, yet when he finally does come to feel a form of retrospective jealousy his suspicions lead him to a conclusion which is understandable but false.

This might seem to be playing fast and loose with the reader, but Hardy was writing under the very severe restrictions exercised by publishers at the time. It should be remembered that he stopped writing novels because of the outrage generated by Jude the Obscure. He turned his attention to poetry instead, and is now regarded as one of the greatest English poets of the period.

A second example of irony is that Trewe’s last poems were entitled Lyrics to a Woman Unknown, and he leaves a letter addressed to a friend in which he explains his yearning for a woman he has not actually met:

I have long dreamt of such an unattainable creature, as you know; and she, this undiscoverable, elusive one, inspired my last volume: the imaginary woman alone

So, at the same time that Ella has been pining after a Trewe she had never met, he has been searching for a female soul mate. They never actually meet; neither of them get what they want; and they both end up dead. You can see why Hardy is renowned for his tragic pessimism.

Robert Trewe commits suicide in the story by shooting himself in the head with a revolver – and yet he is buried in a cemetery. In the nineteenth century the stigma against suicide meant that the church would not normally allow someone who had taken their own life to be buried in consecrated ground. Hardy was well aware of these social prohibitions, as he had already demonstrated in Far from the Madding Crowd when Fanny is forced to bury her illegitimate dead child outside the graveyard. So it is slightly puzzling that he include such a scene in this story – unless he was merely reflecting the loosening of a formerly rigid social convention. 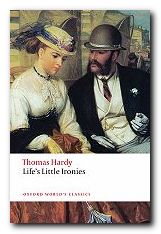 Ella Marchmill is a romantic young woman with an artistic temperament and an unfulfilled personal life. She is bored with her marriage, and has written and published poetry under the pseudonym John Ivy. On holiday with her husband and three children in Solentsea (Southsea) they find lodgings normally occupied by a young poet Robert Trewe, who moves out to accommodate them.

Ella finds scraps of poetry written on the walls of Trewe’s room, reads the books he has left there, and becomes caught up in a romantic dream of their being soul mates, even though she has never met him or even seen him.

Various arrangements are made whereby he might call at the lodgings, giving her the chance to meet him, but they all come to nothing. Then she writes to him under her pseudonym and sends him some of her poems.

The Marchmills return home, and a family friend who is on holiday with Trewe is invited to stay en route back home. The friend arrives, but Trewe does not, apologising that he is in a depressed state of mind.

Shortly afterwards, Trewe commits suicide. Ella travels secretly to the burial, and is followed there by her husband, who is tolerant of her behaviour,

Ella subsequently has a fourth child, and dies as a result. Her husband finds that she has kept a photograph of Trewe and a lock of his hair as a romantic memento. He compares the hair with that of his new young son and falsely concludes that there has been a liaison between his wife and the poet whilst they were on holiday. He rejects the child. 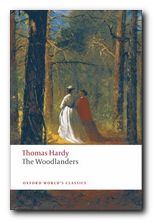