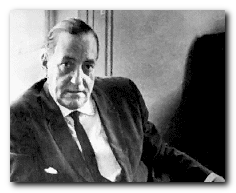 1904. Alejo Carpentier was born in Lausanne, Switzerland. His father was a French architect and his mother a Russian professor of languages and a musician. The family moved soon afterwards to Havana, Cuba. He speaks French, but writes in Spanish.

1916. The family moved to live in Paris. Studies music theory at the Lycee; begins writing.

1920. The family return to Havana, He studies architecture – a course he never completed.

1921. Goes into journalism when father abandons family. His writing was considered leftist. He helped to found the Cuban Communist Party.

1927. Founds avant-guard review Avance – which lasts for only one issue.

1928. Cuba – arrested for political activity against dictator Machado; writes novel Ecue-yamba-O! in seven days in jail – an exploration of Afro-Cuban traditions among the poor of the island; the novel was later revised then disowned.

1939. Returns to Cuba to work in radio; commissioned to write history of Cuban music.

1943. Makes an importantl trip to Haiti, during which he visited the fortress of the Citadelle Laferrière and the Palace of Sans-Souci, both built by the black king Henri Christophe. This trip provided the inspiration for his second novel, El Reino de Este Mundo (The Kingdom of this World).

1945. Political problems in Cuba under dictator Batista; Carpentier emigrates to Caracas (Venezuela) to work in an advertising agency.

1947. Trip up Orinoco river into the Venezuelan jungle – provides material and background for The Lost Steps.

1959. Returns to Cuba following Castro’s overthrow of the Batista regime; appointed Professor of History of Culture at Havana University.

1980. Dies in Paris – his remains were taken back to Cuba, and he was buried in the Cemetery Colon, Havana.