creative writing guide for the cinema and television

This is a practical handbook on screenwriting, an explanation of what a screenplay is, a guide to getting your own ideas into the correct format, and an account of all the stages that follow the production of a first draft. Philip Parker starts off by explaining the key concepts of any dramatic narrative and showing their relationship to each other in what he calls a ‘creative matrix’. These are story, theme, form, plot, genre, and style. He explains how each of these is relevant, then takes you through what he calls ‘the tools of the trade’ – the original Proposal, the Outline, the Treatment, the Step Outline, and the Screenplay Layout.

These are all progressively longer documents which specify exactly what the film is about and what happens in it. He shows you how to produce these documents, and even how to lay out their contents on the page. He also shows how to develop screen ideas out of novels and stories, contemporary events, historical happenings, even newspaper stories or your own life or dreams. There is also an explanation of the differences in writing for television and the cinema.

The most basic elements are how to establish credible characters and how to best arrange the sequence of events in a multi-strand narrative. To demonstrate this in practice, he offers examples and analyses of film scripts for both television and cinema, showing how scenes are paced and edited, and how narratives are controlled.

He also identifies what he calls the ‘ten basic stories’ and ‘eight basic themes’. I’m not sure that all narratives can be so reduced, but it leads to a lot of useful discussion of genres and stereotypes – and how to recognise them. He also goes on to show the different styles in which films can be shot appropriate to their genre.

He finishes with two important chapters. First, having written the initial draft of your screenplay, how to go about re-writing it to produce a sharper version. Second, how to get your work accepted, deal with agents, cope with rejections, and strike deals which lead to your getting paid.

It’s suitable for anyone who has an interest in screenwriting – from would-be first time writers, to experienced professionals such as directors, producers, and media teachers.

What he emphasises is that producing for the screen is an industry in which the screenwriter is only one part. It might be an important part, but you have to be prepared to co-operate with other people. There are useful suggestions for further reading, but one thing that’s missing is a glossary of technical jargon. That’s one for the next edition.

I still don’t know why screen scripts present their instructions in ugly continuous capitals, but he shows you exactly how to do it. If you want to get on in this business, you have to conform to its rules. 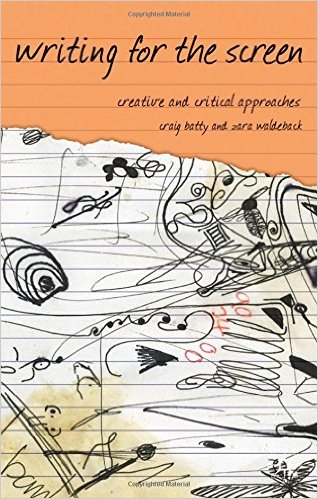