Theodolinde was first published in Lippincott’s Magazine in May 1878. Its next appearance in book form was as part of the collection Stories Revived, published in three volumes by Macmillan in London in 1885. It was later given the title Rose-Agathe. 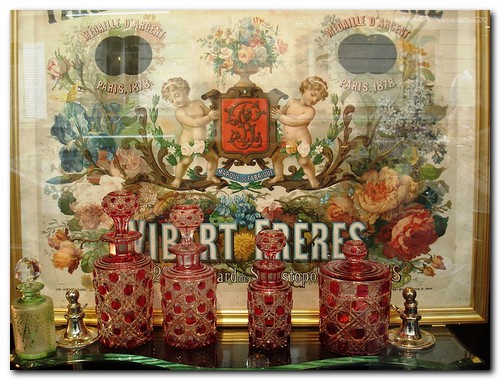 This tale is not much more than an over-extended joke – the point of which is clearly visible from very near the beginning of the story. James can perhaps be forgiven, since the piece was written early in his career, at a time when he was writing what he himself regarded as pot-boilers for popular magazines.

Having said that, He had already produced tales such as Gabrielle de Bergerac (1869)and The Madonna of the Future (1873) which whilst not at the same level of achievement as late masterpieces such as The Altar of the Dead (1895) and The Beast in the Jungle (1903) show a serious and restrained side of James which seems hard to reconcile with the almost farcical premise of Theodolinde.

An un-named American narrator waits on his first floor Paris lodgings for his friend Sanguinetti, who is late arriving for dinner. The narrator admires the pretty wife of the hairdresser in a shop opposite. When Sanguinetti arrives in the street he too pauses to stare admiringly in the hairdresser’s window.

Over dinner they agree that the woman is a ‘Madonna’ type . Sanguinetti is from a family of Italian immigrants dealing in artistic objects, which he himself collects. He says his objective is to visit the shop, make a favourable impression. then offer money for the woman.

Sanguinetti continues to mount his campaign, much to the amusement of the narrator, who chaffs him about his obsession. Sanguinetti starts to buy presents for his love object, though he buys imitation rather than real jewels.

The narrator notices that the jewels appear on the heads of the models in the hairdresser’s window. Sanguinetti arrives to say that he has succeeded in his plan. But when the narrator goes to Sanguinetti’s apartments, it is the shop window model Sanguinetti has fallen in love with and bought.