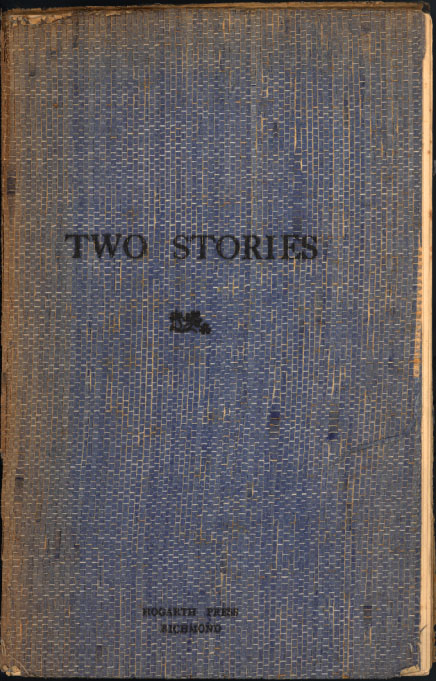 This was the first publication of the Hogarth Press. It contains the story Three Jews by Leonard Woolf and the essay The Mark on the Wall by Virginia Woolf, with four small woodcuts by Dora Carrington. 150 copies were printed. It had 34 pages and sold for 1s. 6d.

We decided to print a paper-covered pamphlet containing a story by each of us and try to sell it by subscription to a limited number of people … We set to work and printed a thirty-two page pamphlet, demy octavo … We bound it ourselves by stitching it into paper covers.

The total number finally sold was 134, and all but five or six of them were friends or acquaintances … The total cost of production was £3 7s. 0d., which included the noble sum of 15s to Carrington for the woodcuts, 12s. 6d. for paper, and 10s. for the cover paper. The two authors were not paid any royalty. The total receipts turned out to be £10 8s. 0d., so that the net profit was £7 1s. 0d.

The Bloomsbury Group – Who Were They?