Miss Gunton of Poughkeepsie first appeared in Cornhill Magazine in 1900 – which was a remarkably fertile period for Henry James in terms of his production of stories, or ‘tales’ as he called them. It was a year which saw the publication of The Abasement of the Northmores, Maud-Evelyn, The Third Person, The Great Good Place, The Tone of Time, The Tree of Knowledge, and the story which is widely regarded as his finest – The Beast in the Jungle. James produced all of these (and more) in addition to working on his next novel, The Sacred Fount (1901). 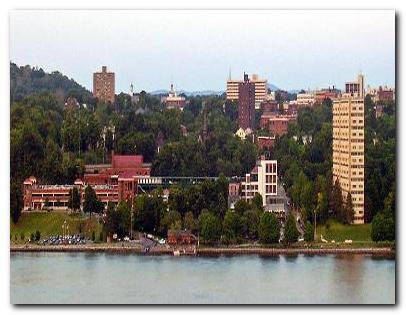 Miss Gunton is a light-hearted variation on the Daisy Miller story. A young American woman is in Europe surrounded by its ancient rituals, finding them at odds with her own inclination to frank and democratic equalities. Unusually for Henry James, it’s quite a short work at 4,000 words and very light-hearted in tone. The worst that happens is that an aristocrat is annoyed to find that she has unnecessarily lowered herself to acknowledge a commoner. No people were hurt in the writing of this story.

Henry James like other novelists often deals with issues of class and money in his works, and to these ingredients he frequently adds what is called his ‘International theme’. That is, the contrasts, differences, and ambiguities between American and European society – both of which he knew at first hand. The emphasis he puts on psychological drama in his work often obscures these elements, but it is noticeable how they permeate even this short and relatively light-hearted story.

Lily comes from a provincial city in New York State – so obscure that Lady Champer has never even heard of it. Yet Poughkeepsie became the second capital city of the state (after Albany) and was a prosperous industrial centre. Lily’s grandfather is in business there, and it is his financial support which provides for Lily in her travels. She is therefore bourgeois – new money in class terms.

But the Prince as his title implies is from an aristocratic Italian family. Lady Champer describes it as ‘a very great house, of tremendous antiquity, fairly groaning under the weight of ancient honours’. That is they have inherited wealth – though this does not necessarily mean that they are very rich.

Lily cannot see why the Prince’s family should not treat her as an equal. That’s because she comes from a ‘self-made’ class. But the Princess cannot move from their tradition of requiring deference from people of a lower position on the social scale. Indeed, the Prince believes that by marrying Lily he will be ‘pulling her up’ in society.

These are common tensions in what is called ‘upwards social mobility’. It is normally very difficult to move upwards in terms of social class – except via marriage or sometimes education. But Lily has two bargaining counters: she is strikingly beautiful and she is rich. These were issues that James explored in much greater depths in works such as The Golden Bowl which he began writing only a couple of years later.

Coming from a ‘self-made’ business class, Lily is the recipient of its wealth. She is supported by her grandfather, and can ‘draw’ financial support from him whenever she feels the need. She pays her own way, and can therefore feel that she owes deference to no one. It is interesting to note that the aristocratic Lady Champer thinks of Lily’s grandfather as an impediment to her chances of social success – when the reverse turns out to be the case.

The Prince knows that he is marrying a rich woman, but his problem is that he does not know how rich she is. Had she been from the aristocratic class, his family would have access to information of this kind. But because she is both from America and of an unknown heritage (‘a young alien of vague origin’) they have no way of knowing the extent of the family’s wealth. His mother the Princess disapproves of the marriage on these grounds alone.

We do not know how wealthy the Prince’s family is, but he is noticeably worried about the potential expense of an American wedding. He fears that ‘A vast America, arching over his nuptials, bristling with expectant bridesmaids and underlaying their feet with expensive flowers, stared him in the face’.

It is in fact almost unthinkable that a genuinely aristocratic dynasty would permit marriage into its ranks without a thorough preliminary investigation of family connections, sources of income, and any potential skeletons in cupboards.

The secondary twist in the tale – after Lily’s marriage to Mr Bramsby – is that she inherits her grandfather’s wealth, and there is a lot of it – ‘an extraordinary number of dollars’ as Lady Champer explains.

Miss Gunton of Poughkeepsie – read the story on line

Lily Gunton is a young American woman touring Europe in the company of a chaperone. She has attracted the admiration of a Roman prince and has travelled to London, waiting to see if he will follow her. She reveals to her English confidante Lady Champer her intention of drawing the Prince all the way back to America.

The Prince arrives in London, proposes to Lily, and she agrees to marry him. However, she has not met his mother, and a conflict in protocols arises between them. Lily thinks she should be invited to meet the Princess, who in her turn believes that Lily should request such an audience. Lily thinks she is doing the family an honour in marrying their son, and they think they are doing her a favour by accepting her into such a distinguished family. .

There is a stand off, and in the end Lily calls their bluff by returning to America. The Princess does send an invitation, but it arrives too late, Some weeks later news reaches London that Lily has married into the American family with whom she travelled back to the USA.