The Introduction is mentioned in Virginia Woolf’s workbook ‘Notes for Stories’ in an entry for 14 March 1925. The story never appeared during her own lifetime, and was first published in the Sunday Times Magazine for 18 March 1973. This coincided with the collection of stories and sketches Mrs Dalloway’s Party published by the Hogarth Press in London the same year. 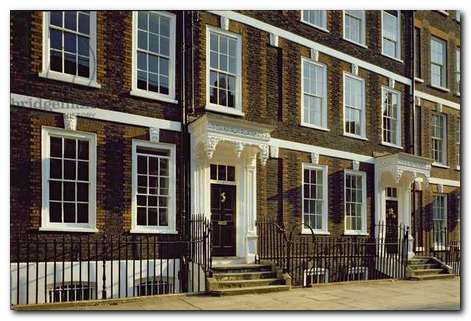 Lily Everit is at her first adult party in Westminster, London given by Clarissa Dalloway. She is young and socially rather insecure. Earlier in the day she has received a first rate grade from her professor for an essay on Swift – something she values more than the efforts made by her family to make her look smart for the party. She thinks of her life in literary terms – the essay as ‘fact’ and socialising as ‘fiction’. But on arriving at the party she feels that the confidence arising from this small personal triumph will not be sufficient to meet the demands that society makes of her.

Mrs Dalloway introduces her to Bob Brinsley, because she knows that he too likes poetry. But Lily feels this social introduction as a tremendous emotional challenge, largely because of the social expectations for her to perform and behave as a woman in a world which has been constructed by men. She feels at ease in the world of nature, but inadequate to confront ‘civilization’ which she sees in terms of imposing buildings, social institutions, and modern technology.

Mrs Dalloway is meanwhile touched by the spectacle of the two young people she has introduced to each other. It reminds her of meeting her own husband Richard for the first time.

Lily tries not to be overawed by the introduction, but her efforts are dashed when Brinsley casually kills a fly whilst talking to her. She sees him as the embodiment of the man-made ‘civilization’ which seems to have no room for tender feelings and offers her no comfort in her sense of insecurity.

This is one of a number of stories Virginia Woolf wrote featuring guests at Mrs Dalloway’s party and the social chasms which exist between people who are superficially polite to each other. Others in the series include Ancestors, Happiness, Together and Apart, and The New Dress.

Lily is well-educated and talented, but she is inexperienced socially and feels threatened by the expectations society is making of her. She is not unlike the two young women in Phyllis and Rosamond who are hovering on the brink of maturity, but who see the adult world as a threatening.

The main point of interest in this sketch is that the point of view switches from Lily to Mrs Dalloway and back again to Lily – illustrating how the two of them view the same event in a completely different way.

Lily enters the adult world of the older society hostess full of apprehension, and overawed by what she sees as its expectations of her. Mrs Dalloway acts sensitively as the sophisticated hostess, and introduces her young guest to someone she knows shares Lily’s interest in poetry. The sight of the two young people together arouses in Mrs Dalloway a warm and sentimental memory of her own younger days when she first met her husband. But we learn as the point of view switches back to Lily that the encounter is anything but pleasant for her, as she recoils in disgust when Brinsley kills a fly whilst talking to her.

Lily sees Brinsley as the living embodiment of the male-engineered world that she perceives in terms of tall buildings – ‘the towers of Westminster’ – the civilized society she is being invited to be part of, and a way of life which earlier she had felt like a soft force falling benignly from the skies:

he made her think of the towers and civilization with horror, and the yoke that had fallen from the skies onto her neck crushed her

She leaves the party in a state of disenchantment, looking as another guest observes ‘as if she had the weight of the world on her shoulders’.