The Special Type first appeared in Collier’s Weekly in June of 1900, which was an enormously productive year for James in terms of short stories. It was a period which saw the publication of Maud-Evelyn, Miss Gunton of Poughkeepsie, The Abasement of the Northmores, The Third Person, The Tone of Time, The Tree of Knowledge, The Great Good Place, and the story which is widely regarded as his finest – The Beast in the Jungle. He produced all of these (and more) in addition to working on his next major novel, The Sacred Fount (1901). 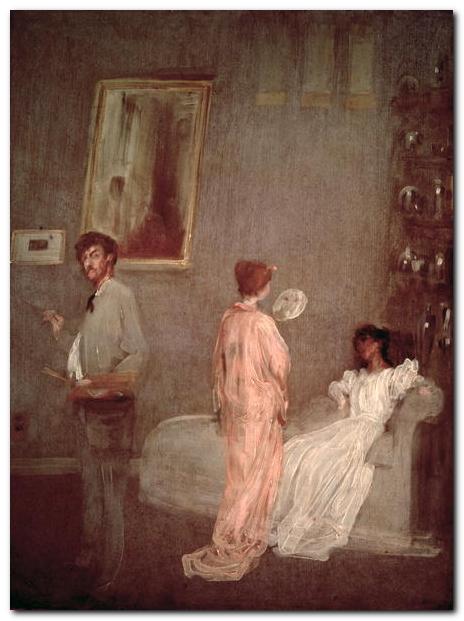 The story turns on various levels of deception. Brivet wishes to protect the name and reputation of Rose Cavenham by creating the smokescreen of an affair with Alice Dundene. He is deceiving society in general. The narrator, realising that Alice is in love with Brivet, worries that she might sacrifice her own good name for the sake of a man who does not love her. He fears she will be deceived by Brivet.

So much attention is focused on this concern and so much emphasis is placed on Brivet’s seemingly unscrupulous use of his wealth, that the reader is given every reason to think that Brivet is being doubly duplicitous and that no good will come of the liaison.

The narrator also fears that Rose Cavenham might be deceiving herself because she claims to him that Brivet’s relationship with ‘others’ (that is, Alice Cavenham, who she does not even wish to name) are entirely innocent. She is of course trying to protect his name and reputation in the deceit which has been constructed for her own advantage.

It eventually emerges that relations between Brivet and Alice Dundene have indeed been entirely innocent. Most first-time readers of the story will have been taken in by this playful deceit on James’s part.

As a result, Rose Cavenham is caught out in the logic of her own arguments. She has propagated the notion of Brivet’s innocence whilst he has been supplying (ambiguous) evidence of its absence. But the gift of ‘anything she wishes’ to Alice Dundene suggests that there has been a close bond between her and Brivet. When Rose is furiously piqued by Alice Cavenham’s taking the portrait she herself commissioned, the narrator ironically quotes her own words back to her ‘They took it because they never saw him alone’. In other words – “They were innocent, just as you claimed”.

The Special Type – read the story on line

A narrator’s preamble establishes the story as a fine example of ‘service and sacrifice for love’.

Part I. In the narrator-artist’s studio two of his attractive lady sitters meet each other. Rose Cavenham takes against Alice Dundene because she is not a ‘lady’. Alice meets the rich American Frank Brivet and falls in love with him.

Part II. Frank Brivet has grown dissatisfied with his marriage and confides in his friend the narrator. Having previously denied him the possibility of a divorce, his wife is now interested in forming a relationship with another man, and will release Brivet if he accepts the ‘blame’.

Part III. Brivet has meanwhile fallen in love with Rose Cavenham but doesn’t want to compromise her good name and reputation. He therefore devises a plan of paying another woman to act as a ‘decoy’ relationship which will provide his wife with the grounds for bringing the divorce case against him. Brivet meets Alice Dundene at the narrator’s studio and chooses her for the part. Rose Cavenham goes to America (paid for by Brivet) to stay out of the way and to allay all suspicion. The relationship between Brivet and Alice flourishes.

Part IV. Rose returns from America with the news that Mrs Brivet has filed for divorce because of her husband’s relationships with women whilst in Europe. Rose maintains that all of these have been innocent deceptions merely to secure the divorce. The narrator however worries that events might be more complex. Rose commissions a full length portrait of Brivet from the narrator – so that he will drawn back from his intrigues abroad for the sittings.

Part V. The divorce goes through and the portrait is completed. Then Alice Dundene shows up at the narrator’s studio, her role as decoy completed. Brivet has offered her any gift she wishes, and she chooses a portrait of him, revealing that they had never met alone. The narrator gives her Roses’s portrait of Brivet. Rose is annoyed, but the narrator refuses to do another.