The Two Faces first appeared in Harper’s Bazar in December 1900 – which was a remarkably fertile period for Henry James in terms of his production of shorter fiction. It was a year which saw the publication of Maud-Evelyn, Miss Gunton of Poughkeepsie, Broken Wings, The Abasement of the Northmores, The Third Person, The Tone of Time, The Tree of Knowledge, The Great Good Place, and the story which is widely regarded as his finest – The Beast in the Jungle. James produced all of these (and more) in addition to working on his next novel, The Sacred Fount (1901). 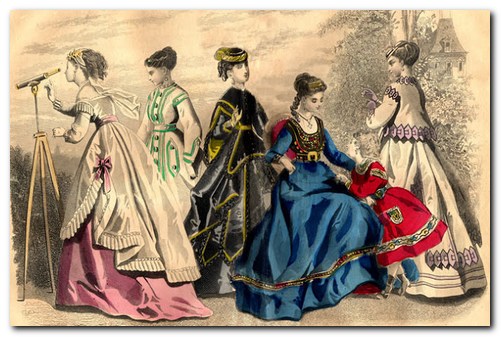 The crux of this story turns upon the almost hidden detail that Mrs Grantham is a former lover of Lord Gwyther. He has ‘played a trick’ on her only six months previously, which suggests that he has broken off a socially accepted relationship.

After only a short period, he has also broken the London society code of conduct by ‘turning up’ at Mrs Grantham’s house unannounced at a time when Sutton is consolidating his position as her currently accepted admirer.

This explains the social unease which ensues when he arrives at Mrs Grantham’s house at the start of the story, and why it is so surprising (and somewhat gauche of him) to wish to introduce his new wife to his (quite recent) former lover. It might also explain the ‘something new’ that comes into Mrs Grantham’s beauty when she conceives of her plan.

Thus too the significance of the story’s title. When Sutton witnesses the arrival of the Gwythers at Burbeck he sees Mrs Grantham’s face (which he normally finds very beautiful) transformed by the malevolence of her trick. Valda’s appearance of naive innocence amidst this piece of social theatre and personal vengeance is the contrast that leads Sutton to leave the party early, and with it the implication that he will abandon his pursuit of Mrs Grantham.

The Two Faces – read the story on line

Part I. Mr Shirley Sutton is visiting Mrs May Grantham in whom he seems to have a particular interest, when they are joined by Lord Gwyther. He has come to announce his recent marriage to a young half-German girl Valda. He also expresses a wish that Mrs Grantham will introduce her into London society.

Part II. Mrs Grantham wonders about Gayther’s motives, but she agrees to take responsibility for the young woman, much to everybody’s surprise.

Part III. The characters assemble at Burbeck, an English country house and estate for a weekend party. Sutton discusses the arrival of the Gwythers with Miss Banker, who seems to know everybody’s business, and even secrets. When the Gwythers arrive, Sutton is shocked to see that Mrs Grantham has chosen for her a hideously inappropriate collection of dressware. Knowing that Valda Gwyther will never recover socially from this gaffe, Sutton leaves the party early.