biography with period illustrations and photographs

Henry James illustrated life is a biography of the great writer in Thames and Hudson ‘s Literary Lives series. It features a scholarly but accessible account of his career surrounded by lavish illustrations and photographs that capture all the amazing cultural depth of his experience, plus a visual record of the literary modernism which he helped to bring about. When I bought my brand new copy from Amazon recently, it cost me the princely sum of one penny. 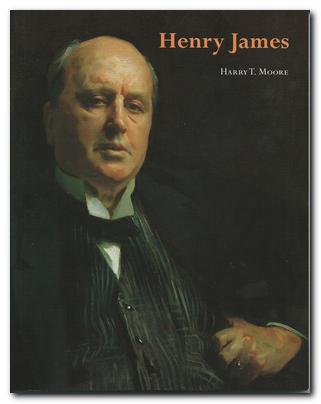 Henry James came from a distinguished American family. His grandfather had been a poor Irish immigrant who as an energetic businessman made himself into one of the first American millionaires. James’s father wanted nothing to do with commerce, and became a religious philosopher instead (whilst living on the family’s money). James junior was born in New York in 1843 near what is now Washington Square. The family travelled to England and Germany, setting up a pattern of transatlantic allegiances that James was to maintain throughout his life.

He was educated in New York and in what was to become the state capital, Albany. Friends of the James family included Ralph Waldo Emerson, Washington Irving, and William Makepeace Thackery. The young James read Dickens and was delighted by further visits to London and Paris. He was educated by private tutors, but his somewhat erratic father suddenly decided that American schools were better than European, so the family moved back home and settled in Newport, Rhode Island (where a number of James’s early short stories are set).

A year later James pere decided the exact opposite, and the family went to live in Geneva, where James attended a local technical school. But when he and his elder brother William decided they wanted to study painting they all returned to Rhode Island. By that time the American Civil War had broken out, but neither of the two elder James brothers were to see service. William went back to Europe to study medicine, and Henry after a brief spell at Harvard studying law, gave it up and began to publish his first short stories.

In 1869 he made his first solitary trip to Europe (paid for by his family) and visited London, Florence, and Rome. While he was there he met a number of contemporary artists – William Morris, Dante Gabriel Rossetti, and John Ruskin. He was also introduced to George Eliot whom he described as a ‘horse-faced bluestocking’. On outward and return journeys, he took the waters at Malvern for his ailment of persistent constipation.

He returned home, but was so enamoured with Europe that he immediately arranged to go back again as escort to his sister and her aunt on what for him became an extended two year visit. He repaid his expenses on this trip by writing travel essays for the Nation. These were later published as Transatlantic Sketches (1875).

There was an experimental period of living in Europe with his brother William, but the elder James decided to commit himself to America, whilst Henry made what he called his ‘Great Decision’ and stayed there, taking up residence on the Rue de Rivoli in Paris. His novel Roderick Hudson (1875) was a big success, and through it he met Turgenev, Flaubert, Zola, and Maupassant.

Despite these attractions and being lionised by the literary establishment in general, James felt he would always be an outsider in Paris, so in 1876 he moved to live in London, which eventually became his permanently adopted country of residence.

Settled there, but with annual excursions to France and Italy, he began to produce the string of successful works of his early and middle period – The American (1877), The Europeans (1878), Daisy Miller (1878), and Washington Square (1880). He also wrote his first undisputed masterpiece, The Portrait of a Lady (1881). His literary output (stories, tales, novels, criticism, and travel books) was so prodigious around this time that Macmillan in England brought out a fourteen volume collection of his works.

Harry Moore’s biography speculates tactfully about James’s ‘private life’ if also rather inconclusively. We now know that James avoided the possibilities of marriage with myriad sophistical excuses, and only very late in life did he allow his latent homosexual tendencies to surface with anything like free rein.

The next major event in his life was his flirtation with the theatre. He spent enormous amounts of time, effort and his own money trying to create a success on the stage. It was all to no avail. He wrote several plays, but none of them were successful either critically or commercially. His final throw of the dice came in 1895 when he put everything into his latest production, Guy Domville. But when he appeared for a curtain call at the end of its opening night, he was booed off the stage.

Following this catastrophe, and disappointed with London society, he moved to live in Rye, Sussex. He also returned to his first love, the novel, producing The Spoils of Poynton (1897), What Masie Knew (1897), and The Awkward Age (1899). He also capitalised on some of his unsuccessful plays by turning their plots into the substance of novels such as The Other House (1896) and The Outcry (1911) – but it has to be said that these compositions are not amongst his most successful works.

The period that followed after 1900 is generally known as James’s ‘major phase’. In it he produced a series of hugely impressive novels, all of them written in his now-famous but rather demanding style of elaborately rich and often very convoluted sentences exploring the psychological subtleties of his characters and the dramatic situations in which he placed them. The Wings of the Dove (1902), The Ambassadors (1903), and The Golden Bowl (1904) are now widely regarded as the high-points of his achievement and masterpieces of modern literature.

And yet following this artistic zenith James plunged into a prolonged despair. The twenty-four volume celebratory New York edition of his collected works did not sell well. Even though his lifestyle was quite lavish he was seriously short of money. His friend and fellow-novelist Edith Wharton secretly arranged an advance of $8,000 through their publisher (Scribners) and put his name forward for the Nobel Prize – but it was rejected.

At the outbreak of the First World War he became a British citizen as a gesture of solidarity with his adopted country. But the following year he suffered a series of strokes which affected his mind, and he spent his final days dictating letters which were almost word-for-word copies of Napoleon’s correspondence that he had read many years before. He instructed his secretary to sign them in the Corsican manner – Napoleone.